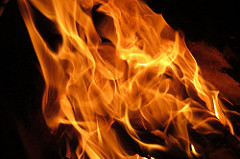 Creativity and innovation in human evolution

Why can only humans engage in creative thinking?

Early hominids learned to harness fire somewhere between 400,000 and 1.2 million years ago. Suddenly (in relative terms!), the life-altering power of fire was at their disposal, for warmth, for cooking and eventually for forging metals. Some time later, the transformation of bits of stone into cutting tools and weapons would have allowed them protect themselves, kill prey and cut bark and hides. As primitive as these discoveries and inventions seem to us today, they are examples of innovation that were undoubtedly as revolutionary amongst early hominid societies as the invention of the printing press or the Internet have been to modern humans.

So why is it that of all the creatures that have inhabited the earth, only humans have been able to muster the creative thinking that allows for profoundly transformative innovations?

Until recently, prevailing thought amongst researchers was that early hominids were barely more creative or capable of innovation than their primate cousins, until the seemingly random and sudden appearance of a genetic mutation that allowed for creative thinking. From this point on, they thought, humans set forth on a path of steady innovation that eventually brought us to the fast-paced frenzy of today’s world.

In the March 2013 edition of Scientific American, science writer Heather Pringle submits a thorough update on research into the evolution of creative thinking and innovation in humans. Contrary to previous belief, it turns out there was no “big bang” in human creativity, but rather an incremental development in our ancestors’ abilities to think outside the (anachronistic) box.  As Pringle’s article explains, increased creativity in humans became possible thanks to two key factors: an increase in brain size and changing demographics.

The first factor, the increasing volume of the human brain, is generally understood as a consequence of natural selection (Pringle 42). Interestingly, the enlargement of the brain was marked by a “reorganization” of specific parts of the brain, particularly the prefrontal cortex, “which appears to orchestrate thought and action to accomplish goals.”
(Pringle 42). She refers to a study at the University of California, San Diego, showing that increased volume in sub areas of the prefrontal cortex allowed for more connections between the neurons and therefore more complex thought. This evolutionary process eventually led to the ability to free associate, which is at the heart of creative thinking. 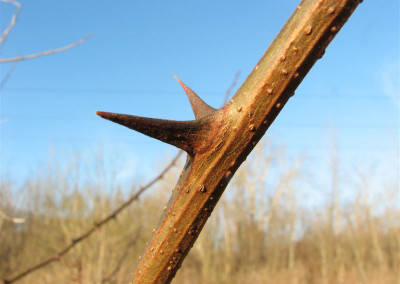 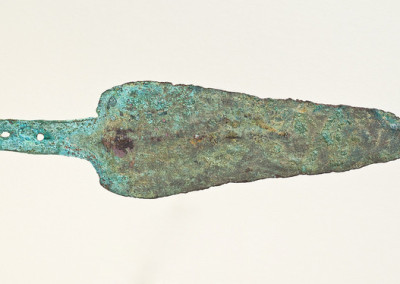 As a particularly poignant example of this, Pringle quotes cognitive scientist Liane Gabora of the University of British Columbia. In Gabora’s example, a prehistoric hominid brushes up against a bush with sharp thorns. The smaller brained individual would experience the event with some pain, a small wound, and a note to self to avoid the bush in the future. The human with the larger, better-wired brain would be able to “encode” (42) the event, the bush, the sharp thorns and the wound and could then transfer the principle to a new idea for hunting weapons.   This transference is creative thinking, which leads to innovation.

According to Pringle’s article, this bigger human brain with the ability to free-associate is not quite enough to explain why we humans are so creative. She adds a second factor, which emerges from research into changing demographics, notably social communities of increasing size. Humans and primates are capable of passing technological knowledge from one generation to the next. However, there is a fundamental difference: while primates will repeat the same manoeuvres over and over and pass the information along with little or no change, humans will do the opposite; know-how is constantly subject to refinement and modification. These changes are even more accentuated with collaboration amongst individuals, which is another trait that distinguishes humans from primates. Pringle looks to a study by evolutionary geneticist Mark Thomas of University College London in which he correlates spikes in human creativity with demographic trends in prehistoric Africa and Europe. Thomas discovered that greater density of human societies coincided with evidence of increased creativity and innovation. In Thomas’s words, “ ‘It’s not how smart you are (…), it’s how well connected you are.’ “ (Pringle 43)

Pringle’s article distils the long and complex evolution of prehistoric human creativity into a surprisingly simple pair of factors that account for the innovation that has made our world what it is today: the configuration of our brains has allowed us to make associations between diverse thoughts and knowledge in a process that results in creative thinking, which is in turn amplified and enriched when humans living in tightly connected networks engage in collaboration. If the researchers are right, this explains not only how we got where we are; it also explains how we’re going to get to the future.